VMware Wavefront - Relevance for your Operations

VMware Wavefront is the new shinny tool in the armory of the VMware Cloud Management suite of solutions.
Wavefront has come to VMware family as a part of an acquisition concluded in May 2017.

By definition Wavefront is a SaaS based, real-time metric monitoring tool with streaming analytical capabilities. Its powered by a strong analytical engine which can give real time visualization by doing some powerful query based analysis on the pushed stream of metrics.

Some of its Real World Use cases

It primarily targeted for developers as it aims to improve the feedback looping experience as a part of DevOps practice. 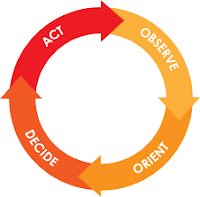 DevOps team would want to reduce the gap between the developers and Ops by extending alerts, monitoring and visualization to the developers directly so they can instantaneously see the impact of let's say a code-commit.
Wavefront can be extended to not just SysOps teams but to SREs and DevOps admins as well.

Wavefront has been developed by engineers who were at one point involved in Google's and Twitter's Containers Ops Management projects.
They have built Wavefront with a mindset that it should be able to handle CNA environments running with Containers and Microservices at scale.
As we speak, wavefront has support for various Container based services like Dockers, K8s, PKS, Amazon EKS, VMware K8s Engine etc.

It has an easy integration process to capture relevant metrics from a Container based platforms and out of box Dashboards/Visualization to give a clear visibility into the most granular things in container setup.

vRealize Suite LifeCycle Manager - Do it Yourself

Organizations who have embraced the journey of Private Cloud and want to take the DIY approach can use vRSLCM as a toolset to manage their Deployments without getting into the granularities of creating low level designing.
vRSLCM at the backend refers to VMware Validated Designs (VVD) and gives you options for various deployment models.

Its an appropriate tool for Greenfield setup for building up the entire stack from scratch including Installation and Initial Setup
or
for Brownfield setups for any upgrades or configuration drifts remediations.

The great news is that vRSLCM is a FREE tool for customers who have bought vCloud/vRealize suite.

This post share some of the artifacts on how to use the tool to build up and consume its services.

Step 1
Download vRSLCM OVA from the vmware.com/go/downloads. Deploy the OVA in your vCenter with FQDN, IP Address, DNS, Domain etc details and power it up. 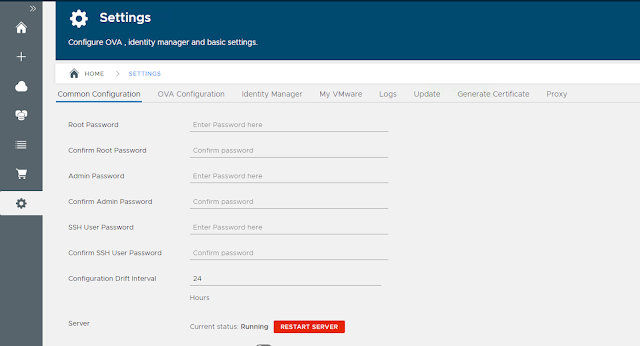 Its a Turnkey solution to provision, operate and manage Enterprise grade Kubernetes Cluster at scale on private and public clouds.

One of the apprehensions around adopting a SDS technology is how easy is it to install & configure a SDS solution.

VMware's  focus around this specific point was always to keep it as simple as possible to deploy vSAN.

In a brownfield setup where you have ESXi and vCenter already running, enabling vSAN is as simple as toggling a switch, but i could become a bit tricky if its a fresh setup and you don't have vCenter running already.
So the situation is - vCenter is needed to deploy vSAN, but because vSAN datastore doesn't exist where should we deploy vCenter?

To overcome this, in vCenter 6.5 installation, there are steps included to configure vSAN while installation itself.

This Post describes the steps with Screenshots for same.

Step 1) Mount a vCSA ISO to a Windows machine, and launch the installer 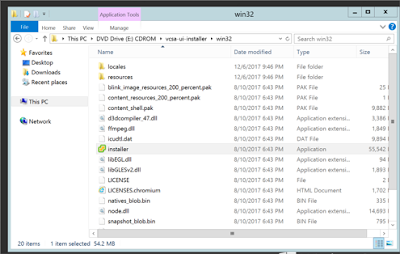 
vRealize Automation CMP supports multi-hypervisor environment since a long time, however i had rarely found customer using vRA for capabilities beyond vSphere based services.
However off-late customers who have been successfully using vRA with vSphere has started discussing plans to extend its use cases for integration with SCVMM, Containers, 3rd party ITSM tools etc.

Hence i thought of putting down some of these integration steps for ease of deployment for similar requirements.
This post would talk about integration of SCVMM with vRA. 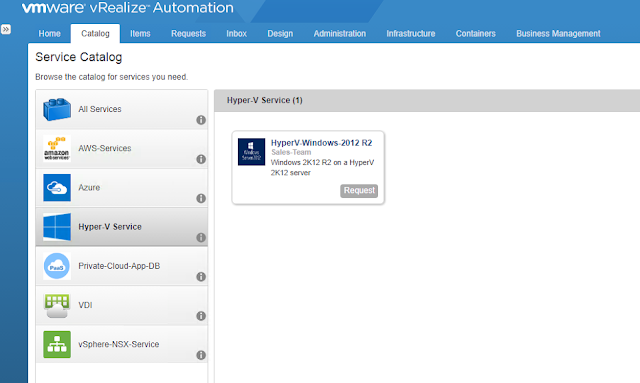 The Part 1 of the series explained the procedure to capture the CatalogItem Request Status.
We now will see how in the same UI, we capture the requester details as well.

The one is an easy one. If you observe the below event closely, you will see the RequestedFor section which shows the name of the Requester.


Both vROPs and vRLI already have Management Pack and Content Pack respectively for vRealize Automation, which shows a lot of useful information.
However recently one of my customer demanded that as a Business Group owner or Tenant Admin, if i want to see

...without login to the vRA console, how can we achieve it.

The obvious expectation was to monitor it using vROPs or vRLI. But none of them share this information out of the box.
So it got me thinking that since all this information is available in form of events in


/var/log/vmware/vcac/catalina.out, if i can use vRLI Custom Dashboard UI to achieve it.

Hence i started working on this project.

In this series of posts, i will try to share the recipe of creating these Dashboards, as the ingredients are unique for every setup. Which is why you may not find a readymade content pack at the end of this blog :)

To begin with Let's start with the first post... 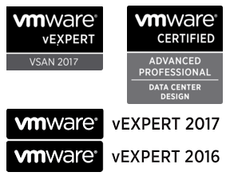